How art and NFT brings the victory of Ukraine closer

TEDxKyiv publishes a column of the head of the META HISTORY Museum. He prefers to stay anonymous and calls himself "VK". In this column, VK tells about the importance of NFT, and its contribution to Ukraine's victory.
META HISTORY Museum is the largest charity NFT project in Ukraine. Officially supported by the Ministry of Digital Transformation and the Ministry of Culture and Information Policy. The only initiative that documents all significant events of the war from the first day until the victory in the blockchain and raises funds for the restoration of iconic cultural sites through selling works of Ukrainian and foreign artists.

The spread of smartphones and the internet has changed the reality of humanity and made digital content a big part of daily routine. So significant that even in war, one of the main fronts is the information front, where the battle for public opinion is going on. Russia actively uses not only facts but also a lot of false evidence and interpretations. Having the most developed and powerful international propaganda machine in the world, it is achieving that in many countries people perceive lies as truth. And this affects the support of Ukraine by other states, reducing the scope of extremely needed support.
Not being eyewitnesses of the events, it can be difficult for foreigners to understand what is really happening, who is guilty, and who needs help. The situation is complicated by a lot of false facts generated by Russia. And the specifics of the topic. It is painful and full of suffering, deaths, and victims. Nobody wants to touch it because of the huge volume of pain it brings to everyone who can feel compassion.
In trying to solve this problem, a team of volunteers called META HISTORY museum created in February 2022 an art project dedicated to the truth about the war. It used NFT technology, which at that time was at the peak of discussions.
NFT is a piece of code containing a file and ownership rights to it, recorded in the blockchain. Blockchain is a database whose records form a chain in which you cannot change or destroy any of the fragments without affecting the others. Because the information from the previous part of the chain is recorded in the next. Since the database is stored on many computers at the same time, it is almost impossible to make changes and hide it. That is why fixing and transferring ownership rights on everything from content to real estate with NFT can become a more convenient and modern alternative to various systems currently used for online trading.
Among the many areas where NFT can be useful, technology has attracted special interest for artists. Because it greatly simplifies the interaction between the author and buyers. The author does not need to look for an organization or specialist to help with the sale of works ― you can independently demonstrate your work online and easily sell them. Specialized platforms for NFT sales are visited by millions of art lovers every month. The sums of sales on them are estimated in billions of dollars.

When the war started in Ukraine in February, such a valuable tool for raising funds through art sales could not be ignored. In addition, it provided an opportunity to reach out to the huge NFT audience through art. In the spring, many Ukrainian companies, authors, and teams tried to use it. But most of them do not exist anymore. META HISTORY museum is the only ongoing NFT project that earns money for humanitarian aid, security needs, and the rebuilding of sites affected by the fighting.
The project started with the idea to illustrate all the significant events of the war with the works of artists, sell them as NFT, and transfer all the proceeds to the aid. At the same time, the only complete and reliable NFT chronicle of events is formed. Anyone can view it on the project website and buy one of the pieces. Thus, funds are raised for the needs of the state. And the artists working on the project have become more famous and popular in the field of NFT. Contemporary and NFT-art lovers may recognize among the authors of the works the names of Gaida Taras, Anatoly Umanets, Philip Kapustin, David Yablonsky, Natalie Kato, Svitlana Bilyk, Vitaly Ging "Hitoza", Eduard, Anton Gurinov, Mara Kava, Salliabrand, Alina Kolomiichenko.
The entire collection is filled with artworks of professional artists, concept artists, crypto-artists, filmmakers, mixed media artists, 3D and VR artists, illustrators, lecturers of international art schools, leading specialists of flagship companies in video game development, and founders of new visual trends. Such as neo-cubism and generative natural art for example. Now they are forced to talk about the war in their art in parallel with the creation of new worlds, concepts, research of people, their values, and self-knowledge.
Warline (this is the name of the collection) has already about 700 works and will increase until the day of victory. More and more famous artists join the creation of Warline, adding to the list their pieces that are highly appreciated in the art sphere. Thanks to them, NFTs will be not only a symbolic gratitude to the buyer who decided to support Ukraine, but also a valuable asset that can later be sold to a collector or investor of NFTs or a fan of a particular artist for a higher price. Art directors are also becoming more and more powerful.
For example, the 8th part of the collection was created by the community of Ukrainian illustrators, graphic designers, and artists ― Pictoric. Only creators with an original author's style that meets current trends in graphic art may participate in it. And the authors and works for the 10th part of Warline are chosen by the founder of one of the most well-known worldwide Ukrainian design and architecture studios ― Serhiy Makhno.
Looking at the backstage of Warline creation, the process of creating it looks like this. Fact-checkers select news that is important to preserve for history from official sources so that in the future everyone can get a complete picture of events by viewing the collection. Then artists choose the news and create artwork that illustrates it. The image is supplemented by a tweet with the news to explain the essence of the artist's work. The image files and additional information are included in the code, making them fragments of the blockchain. After that, the objects appear on the META HISTORY museum website.
NFT Museum of the War of russia against Ukraine
Ukraine's NFT museum, supported by the Ministry of Digital Transformation. We created an NFT collection to preserve the memory of the events of the war & collect donations.

Everyone can view all without exception works. Even if they are already purchased by someone. The feature of NFT is that after changing the owner, the work stays open for viewing by everyone else. So through Warline, the world will understand what 41 million Ukrainians denied peaceful life are going through now. To spread the information about the collection and draw as much as possible attention to the chronicle, the project team is turning to the world's leading media, collaborating with opinion leaders, holding events in the virtual universe, and next year will arrange a worldwide exhibition of works in augmented reality. It will open in more than 20 locations globally and, like the collection, will be free for everyone. Therefore, soon the combination of 2 technologies will help to tell the world about Ukraine. 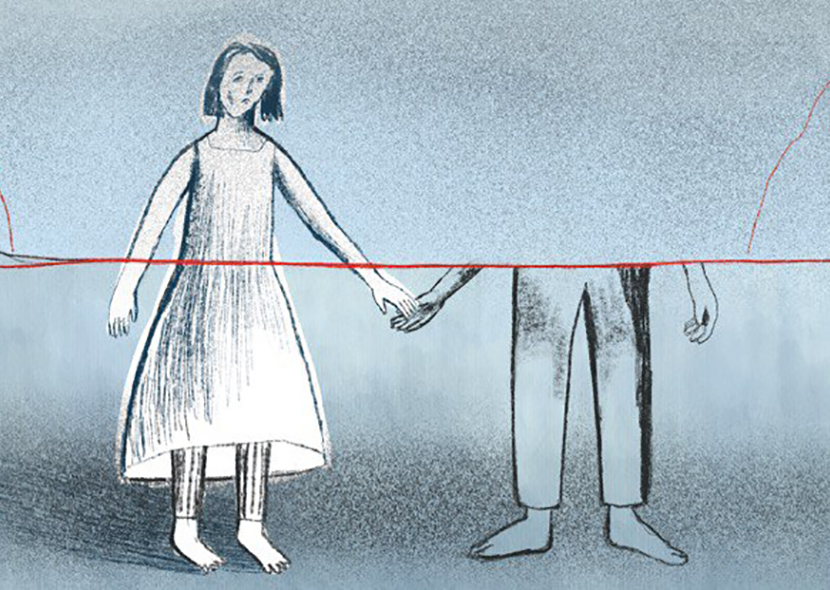 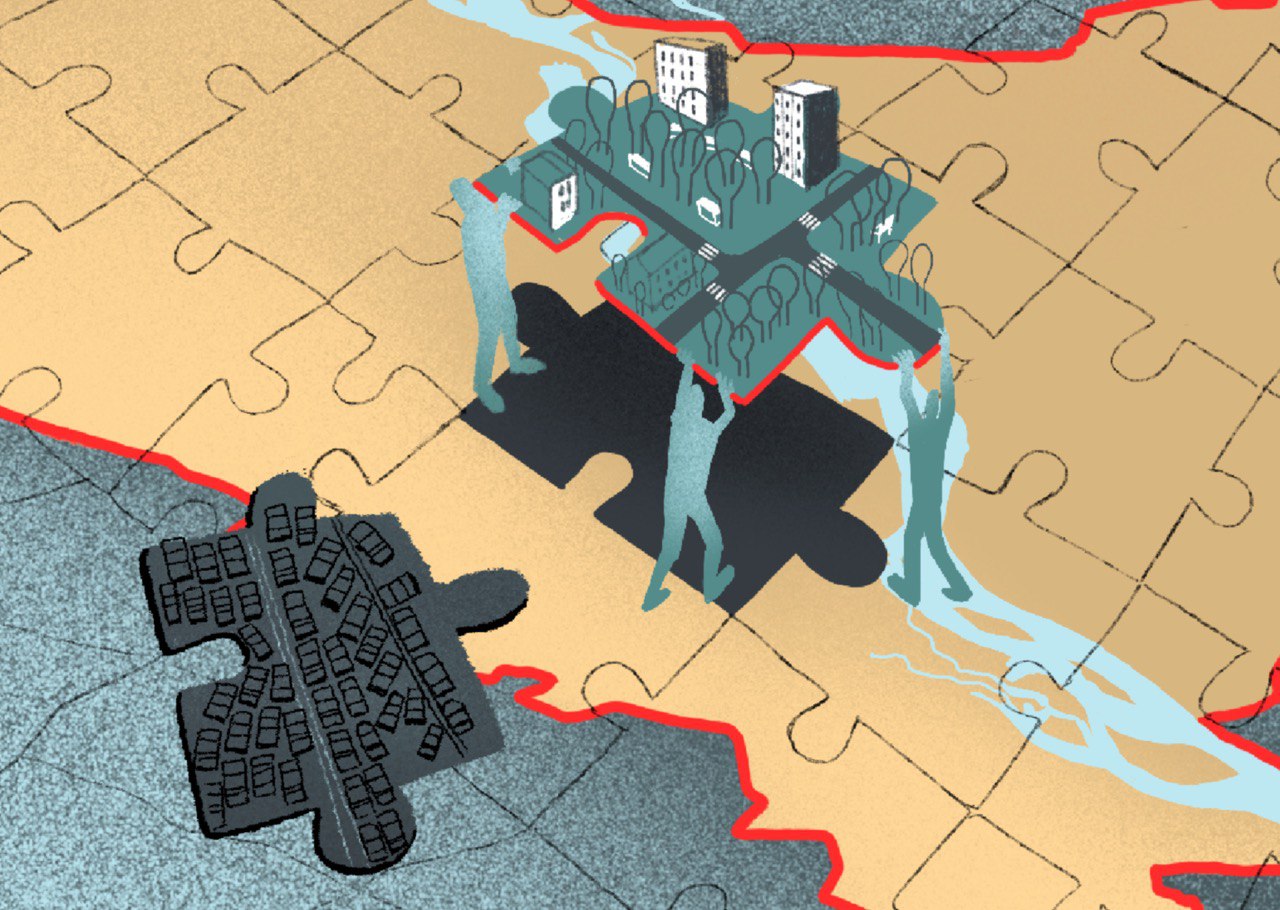